When are Windows Embedded products going end of life? 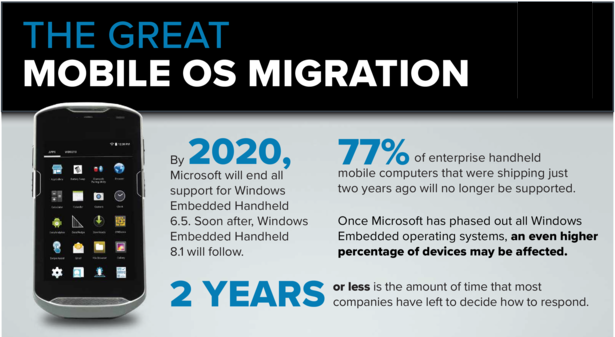 Much of this support is moving over to Android OS systems, which has been the go to OS for the EOL transition. Upgrading will not only alleviate the disadvantages of using EOL products, but new software and hardware can lead to numerous new advantages.

Learn more by clicking links below